Dr Daisy Dunn is an award-winning author and classicist. Her latest book, published by Weidenfeld & Nicolson on 31 March 2022, is Not Far from Brideshead: Oxford between the Wars – a classicist’s portrait of the university city.
Daisy’s 2019 dual biography of the two Plinys, In The Shadow of Vesuvius: A Life of Pliny (HarperCollins/Norton), was an Editor’s Choice in the New York Times and a book of the year in several publications. Also in 2019 she released Of Gods and Men: 100 Stories from Ancient Greece & Rome (Head of Zeus), and the Ladybird Expert book on Homer (Michael Joseph). Ahead of the books’ publication she was interviewed by the Sunday Times.
Her debut books, Catullus’ Bedspread: The Life of Rome’s Most Erotic Poet, and The Poems of Catullus: A New Translation, were published by HarperCollins on both sides of the Atlantic in 2016. The same year, Daisy featured in the Guardian‘s list of leading female historians. Her agent is Georgina Capel at Georgina Capel Associates Ltd. Her next book will be Pandora’s Revenge (publication date tbc).
Daisy was born in London and grew up in a family of artists in Wimbledon. Alongside her books, she is a columnist for the Spectator and Spear’s and contributes to the Sunday Times, Evening Standard, Daily Telegraph, History Today, Literary Review, The London Magazine, New Statesman, Newsweek, The Oldie, The TLS and Catholic Herald. In the US she has written for The LA Review of Books, New Criterion and Lit Hub.
Representing her former Oxford college, St Hilda’s, Daisy played 3 matches of the 2016 University Challenge Christmas Special on BBC 2. Her team, captained by crime writer Val McDermid, won the series. Daisy has contributed to BBC Radio 4, BBC World Service, LBC, TalkRadio and RTÉ, among others, and recorded two short films for BBC Ideas in 2019. In 2015 her essay ‘An Unlikely Friendship: Oscar Wilde and Henri de Toulouse-Lautrec’ was longlisted for the international £20,000 Notting Hill Editions Essay Prize. In 2020 she was awarded the Classical Association Prize.
Daisy is interested in the ancient world and its afterlife from the Renaissance forwards. Her doctorate, which she was awarded at UCL in 2013, spanned eighth-century BC Greece to sixteenth-century Italy. Her expertise lies in the history of the late Roman Republic and early Empire, literature of Greece and Rome, and art of Renaissance Italy. In particular, she is a specialist in Latin love poetry, especially Catullus, and the eruption of Vesuvius of AD 79 and life in Pompeii, Herculaneum and surrounding areas.
Daisy read Classics at the University of Oxford, before completing a Master’s in the History of Art at the Courtauld in London, where she was awarded a scholarship for her work on Titian, Venice and Renaissance Europe. In the course of completing her doctorate, Daisy was a recipient of the AHRC doctoral award, the Gay Clifford Award for Outstanding Women Scholars, and an Italian Cultural Society scholarship. She was formerly trustee and Executive Officer of the Joint Association of Classical Teachers. She is now Editor of ARGO http://www.hellenicsociety.org.uk/publications/argo/, a journal published through the Hellenic Society, founded in 1879. 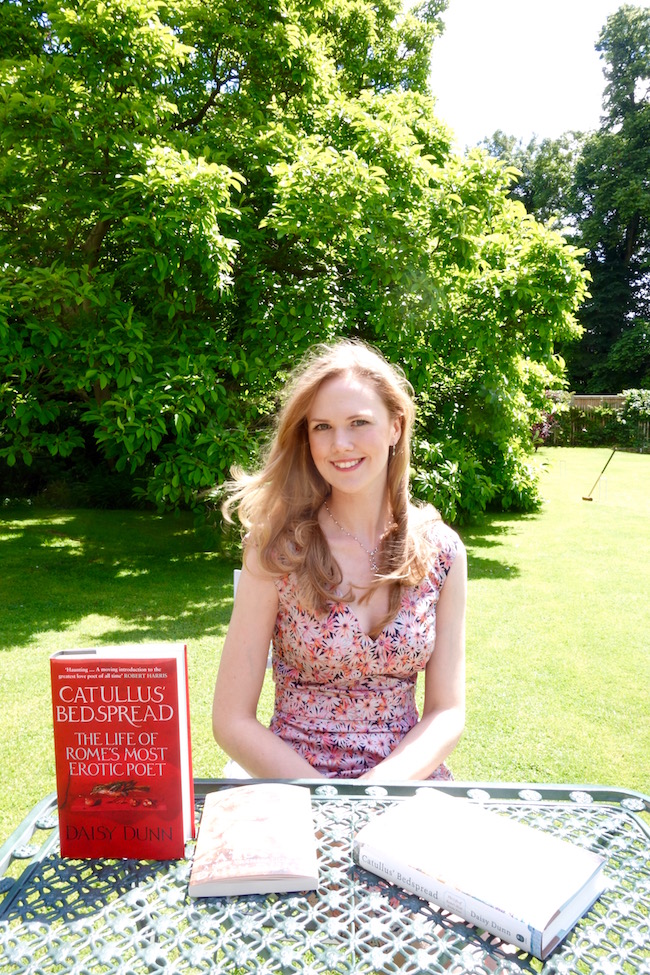